If you’re commuting a lot, you to work out, or you just are bored at home while cleaning, podcasts are a great way of learning something new, having fun, and occupying yourself. Here, I present my favorite podcasts on technology, security, and privacy. Maybe you are looking for something to listen to as well? There’s hopefully something here for every enthusiast, especially since you’re obviously reading some weird corner of the internet.

I got into listening to podcasts many years ago when podcasters still had to explain at the beginning of a show what podcasts actually are. By now, I probably listen regularly to around a dozen different shows. Security, privacy, and technology are of course also topics that are represented in my podcast list. So let’s dive right into it - in no specific order: 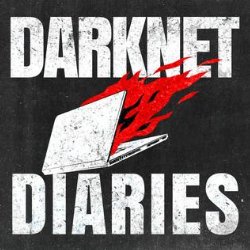 Darknet Diaries is hosted and produced by Jack Rhysider, a security professional turned podcast host. The show has some episodes that discuss the darkweb, however, is in general more about the hidden side of the world wide web. The stories are all true and meticulously researched. Topics include hacks, social engineering, persistent threats, malware, etc.

Jack is an amazing storyteller and keeps his audience very well glued to the speaker. His calm manner enhances the wow factor when listening and the geek inside him clearly comes through here and there when he talks about specific attacks and techniques and obviously can’t help himself but to explain in detail on how things were done or what his best guess is. This style gives the podcast a very lively atmosphere and keeps you glued to the speaker.

It’s also fascinating to note how well Darknet Diaries is produced, especially when you make yourself aware of the fact that Jack did not come up like most podcasters at “This American Life”, but is very much self taught. He actually also blogs about podcasting on Lime.Link and has a tech blog at TunnelsUp.com.

Some episodes to start with, although be warned, you might just end up listening to them all and then crave for more:

The Privacy, Security, & OSINT Show, hosted by Michael Bazzell, is a weekly podcast that focuses exactly on what the title says: privacy, security, and open source intelligence. Michael describes himself as a guy who’s wearing a tinfoil hat, but also makes a compelling case in every show why that is actually a good thing. He gives very direct and valuable advice on specific topics, but also has very basic introductions to subjects that he presents on a regular basis (look for “back to basics” episodes). All in all, a well rounded show for the more paranoid / in-depth listener. Some posts that will come out here are very much inspired by Michael’s podcast.

Compared to other shows, this show is more on the informative side. Usually Michael discusses the latest news and gives his personal opinion on things. However, the main segment of the show generally is on a specific topic rather than just the news. Sometimes he also hosts listener question shows, which are always interesting and fun to look into.

Back in the day, there was still a forum hosted on his website that went along with the show. There were also online tools for OSINT investigators. Both of these features are long gone. I’m especially sad that about the forum, because it was a great space to get advice and also see some of the methodology in writing. My main “issue” with the podcast is that it is sometimes fairly rough to put something into practice when you just hear about it while driving to work. This is in fact one reason why I decided to start writing things I’m interested in down, which ultimately also led to this blog.

Michael is also an author and published two recent books; one on OSINT techniques and one on extreme privacy. I am only familiar with the privacy one. It is basically a guide book and helps you step by step to become more private. There are some very valuable lessons in the book, some very extreme techniques, and it is very obvious that Michael has tested many different ways to stay private and secure: I highly recommend you to read it. And if you want to start smaller have a look at his online workbook for data removal. This workbook first explains why you must have a credit freeze if you live in the US and have a SSN and then goes into giving the reader a detailed list on places on the internet that might display your personal information to the public (and how you can remove it!). Even if you don’t care about your privacy, please go and have a look at the credit freeze chapter!

The Social-Engineer Podcast is hosted by Chris Hadnagy, a social engineering expert and author. The podcast is released on the second Monday of each month and always has a guest that Chris interviews. These guests will talk about their work, which is always somehow related to social engineering. A wide variety of guests appear on the show: from former FBI agents to academics.

The podcast has a very predictable structure: It starts with Chris being amazed on the episode number, then bringing the guest onto the show. In the middle of interview there is a short break on “What’s new in the world of social-engineer.org”, which discusses current happenings, training, etc. Then the interview continues and at the end ends with the guest giving reading recommendations. The regular play time is around an hour, probably around 45 min of which is the interview.

Chris also has a company that works in the social engineering field and authored several books on the topic. Furthermore, he is the founder of the Innocent Life Foundation. The foundation helps law enforcement to track down child predators and uses open source intelligence gathering to build up cases against them. They work closely together with law enforcement and are not a vigilante organization. Go check out their cause! 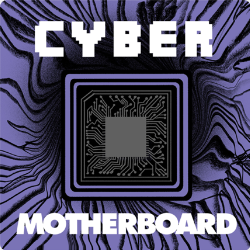 Cyber, hosted by Ben Makuch, is a podcast produced by Motherboard. It discusses current, news-related topics and is a great podcast to stay up to date. It is basically an audio version of the Motherboard (Tech by Vice) website.

The show consists of two segments: the first half presents one current hot news topic. Usually, Ben interviews the reporter that broke the story, which usually are on cyber-related subjects such as data breaches, encryption, big tech companies, etc. The second segment of the show, now called Cyber Cypher (formerly called the Roundup) briefly goes through the last weeks news and discusses cyber related stories that were reported on Motherboard’s website.

This is a great podcast if you want to stay up to date on what’s currently going on. The guests are always very knowledgeable and the topics are well picked and produced. 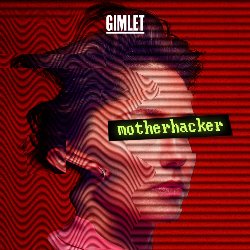 Motherhacker, written by Sandi Farkas and produced by Gimlet Media - this one is for fun! Motherhacker is a scripted podcast, i.e., it’s a story that is specifically written and produced for audio.

Bridget, aside from taking care of her kids (kind of) and struggling with her husband who is in rehab, got vished. She tries to track down the people who got her, she does, and soon starts working for them.

Listen for yourself, it’s short, quirky, and definitely worth checking out! Fantastically produced, super confusing at the beginning, but you’ll get the hang of it fairly fast. 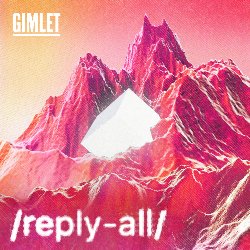 Reply All - another show by Gimlet Media is hosted by PJ Vogt and Alex Goldman. If you have heard the show you might think it’s weird that I mention it last. The reason why I kept it for last is because this is the one show that started it all! But let’s start at the beginning. Reply All calls itself a “show about the internet” and is actually about the internet and technology in its broadest sense.

Week after week - sometimes bi-weekly - PJ and Alex discuss stories that are sometimes closely related, sometimes tangentially related to technology, often also to (weird) internet culture, and pretty much always to human interactions. There is their regular show in which they discuss a specific story. However there are also other, more specific shows / segments that repeat themselves: “Super Tech Support” is a segment where they try to help somebody out who has a really weird problem. The segment called “Yes, Yes, No” is a segment where, usually, Alex Blumberg (the co-founder and CEO of Gimlet Media) brings a tweet to the two that he doesn’t understand, and they discuss it in detail and give an explanation to result in a “Yes, Yes, Yes”, i.e., all three understand the tweet. The alternative version of this segment is called “Sports, sports, sports”, where Alex Blumberg brings a tweet, usually about basketball, that only he understands. The two sometimes have guests on the show, sometimes do weird experiments, and sometimes have a call-in show. Always a blast to listen to. Check out their getting started site for recommendations on where to begin listening.

As I mentioned: Reply All started it all, the episode “The Snapchat Thief”, which aired on November 8, 2018, sent me down the privacy rabbit-hole. This in return also brought me closer again to the security side of computers. After the episode I immediately started listening to Michael Bazzell’s “Privacy, Security, & OSINT show”, from which I found my way to the Social Engineer Podcast, to Cyber, and to Darknet Diaries…

Now you understand why Reply All is listed last, not because it’s least, but because it was the show that started it all!

Have fun and enjoy listening!
-k0dk0d